Kiva was born June 10, 1995. A handsome sorrel tobiano paint, he comes from the doc-bar line and resembles his mighty mother, Papoose. Papoose was Sharon’s beloved first horse, given to her as a surprise 40th birthday present. Kiva was loved, nourished, and well cared for from the day he was born. He really had three doting mothers – Papoose, Sharon, and Jane, who stepped in to nurture him when he was being weaned. Groomed from birth to rule, it was only natural for him to grow into the role of lead gelding.
Unlike the other equine residents, Kiva has never known abuse, neglect or betrayal. Having no reason to mistrust humans, he is capable of great love and empathy, if you are lucky enough to receive that level of attention from him. A restrained powerhouse, there are times when he radiates light like the sun, but usually he’s preoccupied with protecting his herd. When the other horses lay down to sleep, Kiva stands over them, scanning the horizon. He’ll dutifully place his body between the other horses and anything that’s unfamiliar. This is his job and one that he seems to take very seriously.
Like his mother before him, Kiva was a handful, but horses are never “broken” at Sea Star Horse Sanctuary. Sharon raised both Papoose and Kiva with natural training. This particular method, developed by Ray Berta, commits to building a lifelong partnership between humans and horses. In this way, horses don’t do something because they are ordered to, they do it because they want to act in partnership. The process is calm and quiet, but very powerful. Sharon described the first time it all came together for her and Kiva. She became aware that they were in complete balance and alignment. It only took a thought to communicate with him. It was as if they were one mind. She could feel his energy pulsing through and past her. It was one of the most overwhelmingly powerful experiences of her life.
After Papoose made a dignified passage from this life, Kiva stood with her to process her death. He sniffed her body and called for her. He continued to call for her from his stall, which was next to hers. For four days, none of the horses wanted to leave the barn, they held their heads in sorrow. Kiva is a deep and beautiful connection to Papoose, a foal she had the pleasure of watching grow, and her partner in achieving the greatest potential in the human-horse relationship.
SPonsor kiva 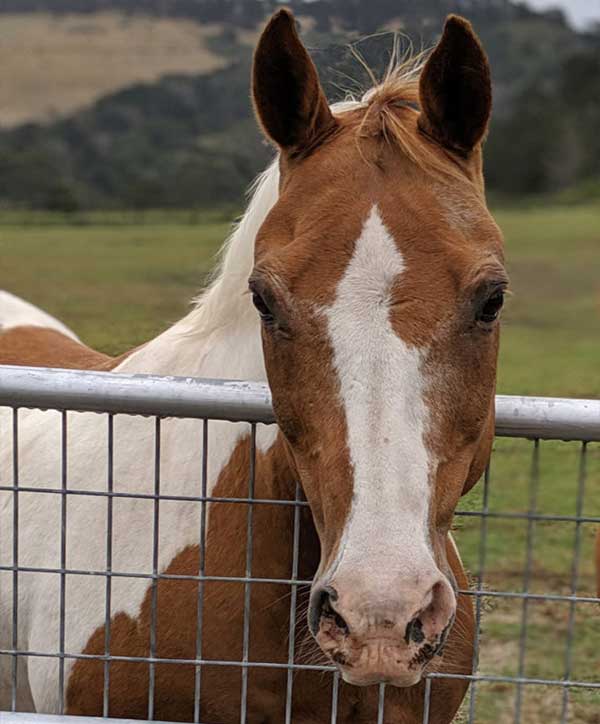